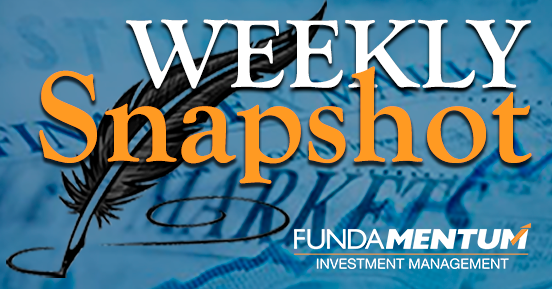 US stocks continued to “melt up” last week as virtually all segments (reopening, stay-at-home, cyclicals and technology) rallied. The S&P 500 continues to post the best summer returns since the summer of 1986.1 The Index rose 3.3% last week, closing at 3508 and bond yields drifted higher, with the 10-year Treasury sitting at 0.73% at the week’s end.1 Fed Chairman Powell’s Jackson Hole speech solidified the market’s view of “lower for longer” bond yields with their reduced emphasis on inflation targeting and loose monetary policies, altering a decades old Fed policy of preemptive attempts to thwart inflation. In a world for equities of TINA - There Is No Alternative - investors continue to view all reports through a rose-colored lens. Q2 earnings was a good example, where rather than focus on the 37% decline in year/year EPS for S&P 500 companies, the worst quarterly comparison since Factset began tracking earnings in 2000, Q2 was seen as a catalyst for stocks as a record 84% of companies surpassed the lowered estimates by a record 23% on average.1 This isn’t entirely surprising as the large decline in earnings were already discounted by investors and was the cause of the 35% decline in stocks in the Feb/March period. Despite virus hot spots commonly popping up on college campuses, it seems that not even the outcome of the back-to-school season is being questioned. Investors seem satisfied that the recent trend of new cases is trending down, to the 50k/day level from over 70k/day earlier in the summer, despite the fact that at 50k, it is still over twice as high as the level seen before the May/June economy’s reopening.1 This is not to say that there isn’t solid evidence of improvement, as in recent reports on housing, automobile production, consumer net worth, retail sales, and others, we are seeing real signs of an improving economy, so perhaps “Main Street” isn’t as detached from “Wall Street” as is commonly heard. Finally, the FDA’s emergency-use approval of Abbott Labs rapid-response, self-administered $5 COVID-19 test is a piece of tangible evidence the testing component of the crisis may be improving, as we await news of numerous vaccine trials, including one by Pfizer which enters its phase 2 status in Europe this week. This follows the release of positive news on Moderna’s Phase 3 trial that led to a 6% rise in those shares on the day of the report. Through the close Friday, year to date results for the major indices are as follows: S&P 500 10%, Russell 2000 -4.6%, MSCI EAFE –4.6% and Bloomberg Barclays Aggregate Bond 6.6%.2

Want to know what we're watching in the week ahead? Check out the FULL REPORT in attachment section below.